“Joe” Pilates – The man behind the method

Pilates is on trend right now and you’re probably hearing about it left, right and center.

But don’t be fooled into thinking it’s another quick-fix fitness trend – although some current incarnations may fit that bill(!). This super-effective, highly sophisticated method has been around for a very, very long time! 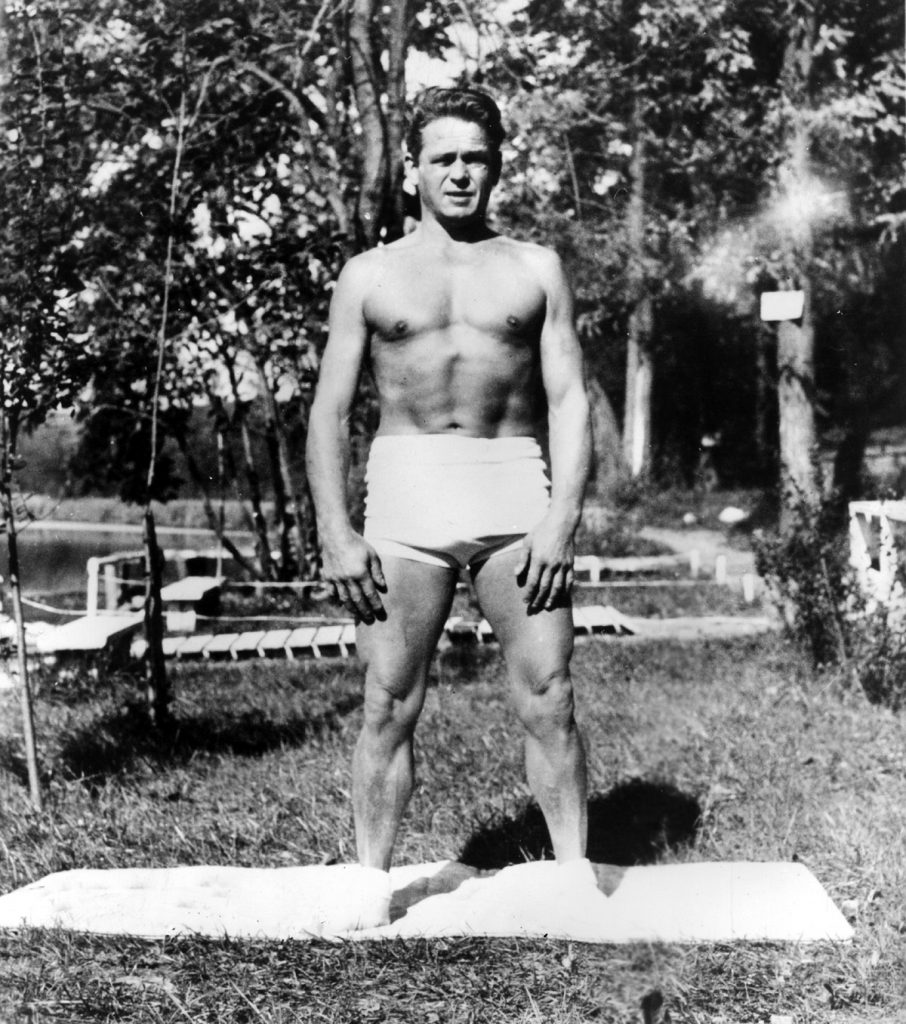 The founder and originator of Pilates was born in 1883 in Mönchengladbach, Germany to interesting parents, to say the least: His Greek father was a gymnast and his German mother a naturopath. Joseph (or “Joe”, as his students liked to call him) started life as a sickly child who had asthma, rheumatic fever and rickets. Early on, he began studying all kinds of exercise and athletics systems to overcome these ailments and quickly developed his own notions based on the classical Greek ideal of a balance of body, mind and spirit. At age 14, he was clearly in great shape, as he started posing for anatomy charts.

Joseph Pilates was an accomplished gymnast and boxer, and in 1912 went to England as a circus performer and professional boxer, later going on to teach self-defense to Scotland Yard detectives. When WWI broke out, he – like other German nationals – was interned as an “enemy alien”. Not one to give up, he used this time to elaborate on his ideas and train other internees in his system, mounting springs on hospital beds to allow bedridden patients to exercise with resistance. Legend has it that when the deadly flu epidemic struck in 1918, not a single one of the internees he trained succumbed to the disease. 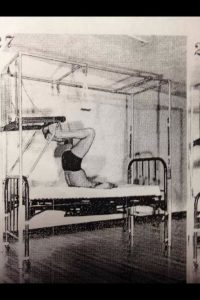 Once the war was over, he briefly returned to Germany, where he trained police officers and worked with dancers for a while.

“Contrology” is born in the US

Around 1925, Joseph Pilates decided to emigrate to the US. Having met his lifelong partner (accounts of whether they were actually married differ) Clara on the boat to New York, he opened hist first studio on 8th Avenue in Manhattan, sharing a building with dance studios. Logically, the first students of the method he called Contrology were professional dancers who had gotten injured and got great results with his method.

Several of these original students later went on to teach Joe’s method at their own studios throughout the United States. These were referred to as the “Pilates elders” after Joe’s death in 1967 at the age of 84. While he was convinced his method was right, he could never have dreamed it would become as popular as it is today.

Now that you know a little about the man who founded the method, you’ll probably agree he was far ahead of his time. So it’s only fitting that this uniquely wonderful and effective method of body “contrology” today bears his name.

Come in and find out…

…how Pilates can improve your life – contact me to schedule your assessment + mini-session!